RUSSIA AIMS TO CONVINCE THE ECHR NOT TO CONSIDER THE UKRAINE V. RUSSIA CASE – SAYS LAWYER 14.09.2019

Ukraine lodged an application against Russia before the European Court of Human Rights. Olha Butkevych explained the subject matter of the case “Ukraine v. Russia”, its importance for the fate of the Crimean peninsula and Russian arguments before the court.

Ukraine brings legal action against Russia. Has this really happened? What kind of application is this?

What is this application about? According to media headlines, the case is concerning the occupation of Crimea.

The case commenced on 13 March 2014, almost immediately after Russia brought its troops and these troops blocked Ukrainian military units and Ukrainian authorities in Crimea, in fact, from the moment Russia began to control the territory of Crimea. From that day, human rights violations in Crimea began: the murder of Ukrainian servicemen – violation of the right to life, illegal detention of Ukrainian and Crimean Tatar activists. And such violations accumulated further on.

Ukraine's application refers to 12 articles of the European Convention on Human Rights that have been violated.

This application, which was considered by the Grand Chamber of the European Court of Human Rights on 11 September, is concerning events that took place in Crimea. The application does not require the court to qualify the occupation of Crimea or the fact of the annexation of Crimea. This is beyond the ECHR jurisdiction, as it covers only human rights violations. However, during consideration of the application, the court must determine from what moment Russia is liable for violations on the territory of Crimea. Therefore, it will identify the moment when Russia has established its effective control over the Crimean peninsula.

And this will be important when considering other cases in international courts.

By the way, there might not have been such public hearings, as ones we saw on 11 September. Usually, consideration of cases takes place without them. However, as inter-State cases are of exceptional nature for the ECHR, it was decided to conduct public hearings. The court heard the arguments of both parties, and now the court will decide on the admissibility on the basis of these arguments.

You have said that arguments of Ukraine at the hearing were purely legal. What was Ukraine claiming?

Ukraine claims the violation of 12 articles of the European Convention on Human Rights. In its position it focuses on the manner in which those articles of the Convention have been violated. Right to life, right to dignity, prohibition of torture, protection of property, right to a fair trial, freedom of assembly and association… Actually, it is regarding the major part of the European Convention on Human Rights.

Ukraine focused on its argument that Russia has been exercising control over Crimea since 27 February 2014 and, as a result, Russia is liable for human rights violations. In accordance with international humanitarian law, the party exercising an effective control over the territory is liable for human rights violations there. Consequently, now it is important to determine the moment since which Russia should be held accountable for breaching the European Convention on Human Rights in Crimea. According to Ukraine, the initial date is 28 February, when administrative buildings and military facilities in Crimea were seized.

And what are the arguments of the Russian party? "They are not there"?

They claim that Russia began to exercise effective control after 18 March, when the State Duma made the decision to join Crimea to Russia. They completely reject the allegation that they were there before 18 March.

The arguments we heard on 11 September are rather strange. If the arguments of Ukrainian party were based on a legal analysis of the evidence, the practice of the ECHR and events in Crimea at that time, the arguments of Russian representatives sounded more like political and ideological propaganda which were not based on legal evidence. They used such terms as ‘fascists’, ‘coup d’état in Ukraine’. It was political, ideological, propaganda terminology. Their main argument alleged that Russia was forced to resort to such actions as the population of the Crimean peninsula was threatened by Ukrainian Bandera followers and fascists.

The experts claimed that Ukraine has presented solid evidence, while Russian arguments were unable to withstand criticism. They sounded as politics, propaganda, and, possibly, they were already opening the way for Ukraine to a positive decision of the European Court on the admissibility of the case. However, I would not be so optimistic.

It seems to me that it is the Russian strategy to turn this case into politics, ideology and propaganda.

How can this affect the case consideration?

Russia is trying to convince the ECHR that the case “Ukraine v. Russia” is purely political and propagandistic. Russian position may in some ways intimidate the European Court of Human Rights from opening a ‘Pandora's box’ and making the decision on admissibility, which could pave the way for other inter-State cases in future. 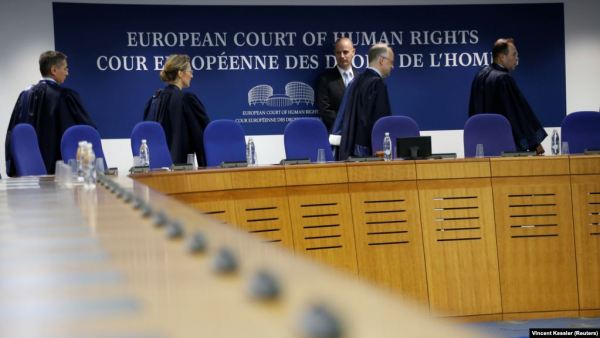 UKRAINE V. RUSSIA. ANALYSIS OF THE COURT HEARING REGARDING CRIMEA IN THE GRAND CHAMBER OF THE ECHR

On 11 September 2019, the European Court of Human Rights held a 3-hour session of the chamber of judges in the case Ukraine v. Russia (re Crimea). The case concerns allegations made by Ukraine of a number of violations of the European Convention on Human Rights (the Convention) and some of its protocols by the Russian Federation in Crimea. Taras Tsymbrivskyi, Head of USAID Human Rights in Action Program analysed the ECHR hearings.
Read more

According to the latest data of the European Court of Human Rights (ECHR), more than half of the complaints against Ukraine are related to the events in Crimea and Donbas. The list of applicants paradoxically includes both pro-Russian separatists and Ukrainian volunteers.
Read more
This website uses cookies. By continuing to browse the site, you agree to the use of cookies.