UKRAINE V. RUSSIA. ANALYSIS OF THE COURT HEARING REGARDING CRIMEA IN THE GRAND CHAMBER OF THE ECHR 09.10.2019

On 11 September 2019, the European Court of Human Rights held a 3-hour session of the chamber of judges in the case Ukraine v. Russia (re Crimea). The case concerns allegations made by Ukraine of a number of violations of the European Convention on Human Rights (the Convention) and some of its protocols by the Russian Federation in Crimea. Taras Tsymbrivskyi, Head of USAID Human Rights in Action Program analysed the ECHR hearings.

In March 2014 Ukraine lodged an inter-State application. In September, the ECHR held the first public hearing regarding this case, which is a preliminary stage in the proceedings of the Grand Chamber of the ECHR. At this stage, the admissibility criteria, not the merits, are considered. In other words, the ECHR must decide whether it has jurisdiction in this case, taking into account Article 1 of the European Convention on Human Rights, to establish jurisdiction to resolve disputes related to the occupation by one state of the sovereign territory of another state. However, the admissibility of the case will in no way determine the territorial status of Crimea, which is outside the Court's jurisdiction. The final decision of the Court will be made in a closed proceeding and is expected within a year. 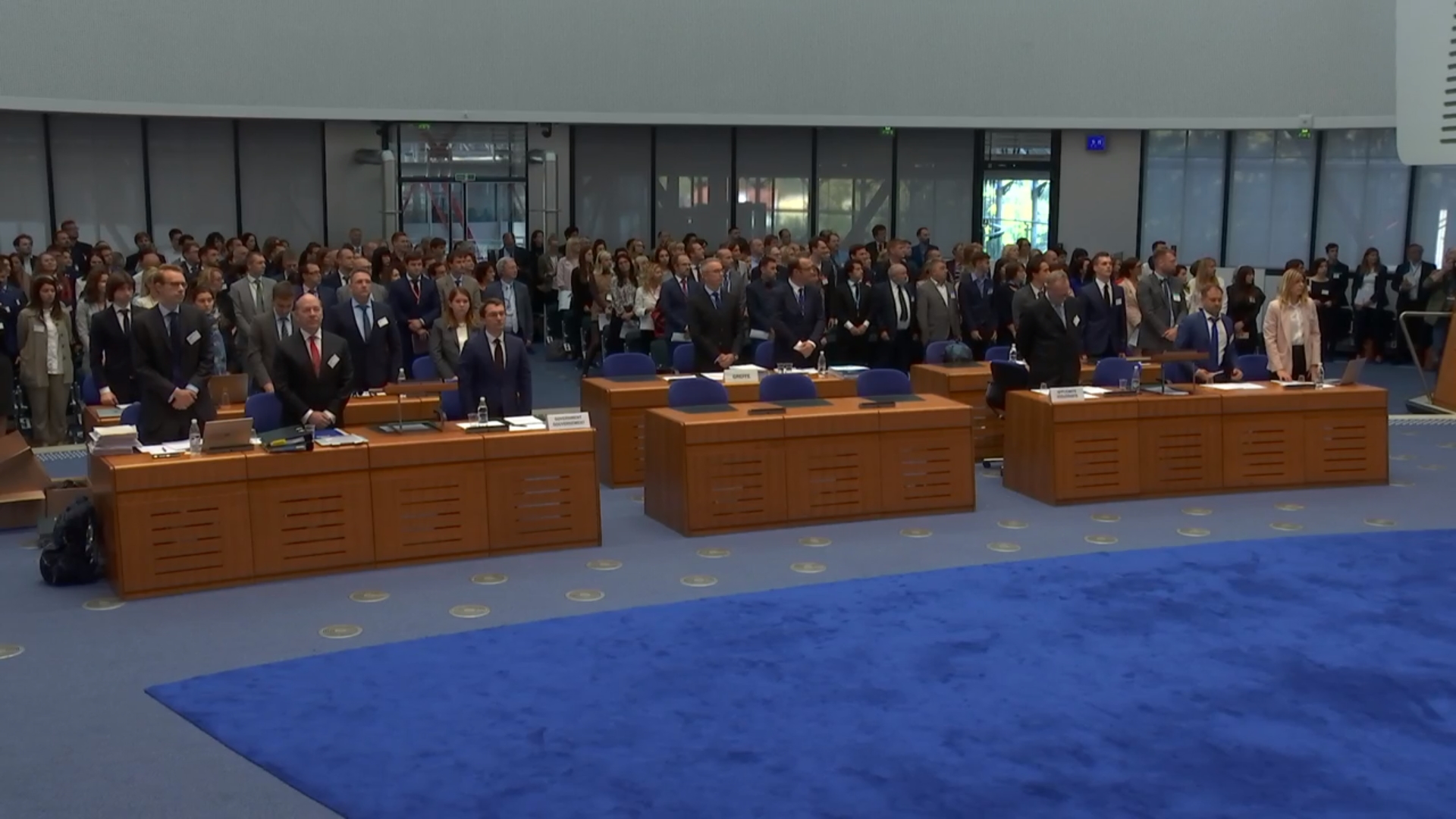 On 11 September, the parties presented their legal arguments before the ECHR and their evidence during the hearings.

Legal position of Ukraine provides that since the establishment of ‘effective total control’ over the Autonomous Republic of Crimea by the RF (no later than 27 February 2014), the RF shall be responsible for the observance of human rights on this territory. Thus, as a result of the occupation of the peninsula, the obligation to ensure human rights and freedoms on the peninsula rests with the RF, as established by the provisions of Article 1 of the European Convention on Human Rights.

The aim of Ukrainian inter-State application against the RF is to stop widespread and systematic human rights violations, which fall under the definition of administrative practice, in the occupied Crimea. By their nature, they are directed specifically against vulnerable groups of population (ethnic Ukrainians, ethnic Crimean Tatars, pro-Ukrainian activists), which at the same time oppose the occupation of Crimea. 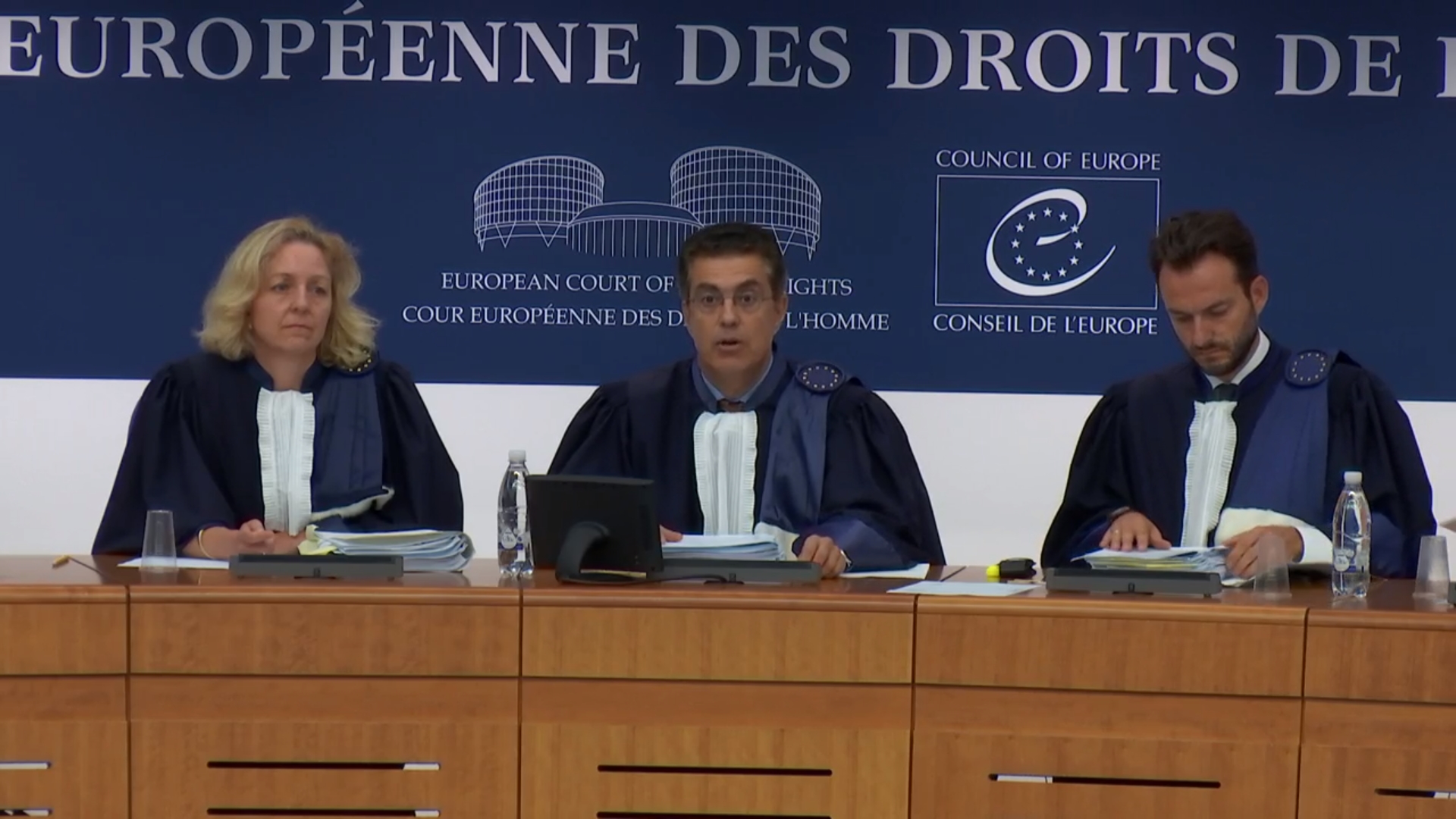 On the other hand, representatives of the RF are actually trying to rebut the existence of jurisdiction in the ECHR. In their view, this issue is of political character - not of a legal one, and therefore it is not concerning human rights. They characterise the lawsuit as the propaganda of Ukraine and of its international partners. Moreover, they keep repeating their own narratives regarding Ukraine and the events of 2014 such as ‘coup d’état’, ‘illegitimate/undemocratic government’, ‘fascism/extremism/radicalism/nationalism’ (represented by the Svoboda political party, the Right Sector, the Azov Battalion), ‘oppression of Russian-speaking minorities’.

"One of the main messages of the RF representatives is aimed at undermining the credibility before the court and a wider audience of international institutions, donor organizations, both international and national non-governmental organizations, the West, the United States. In particular, during their presentation they paid attention to the Ukrainian Helsinki Human Rights Union. Particular attention in various contexts was paid to UHHRU ex-Director Arkadii Bushchenko and some other Ukrainian NGOs, including the Crimean Human Rights Group. One of the mentions concerns a report prepared by A. Bushchenko on the human rights situation in Crimea. The report subsequently formed the basis for the report of the UN Human Right Commission", - according to the head of USAID Human Rights in Action Program

Also, according to the Russian Federation, the application does not satisfy the admissibility criteria set by the ECHR case-law, in particular, domestic remedies for protection of infringed rights were not exhausted. Ukraine refutes this and refers to the fact that human rights violations in Crimea are widespread and ongoing, directed against vulnerable groups (ethnic Ukrainians, Tatars, pro-Ukrainian activists). At the same time, Ukraine considers submission of an inter-State application as the only way to end such human rights violations in Crimea, where an atmosphere of persecution and impunity prevails.

Curiously, the RF argued that it is responsible for the human rights situation in Crimea since 18 March 2014 (it changed its previous position regarding 21 March 2014). At the same time, the RF notes that even in that event the court has no grounds to consider this dispute. Thus, it tries to create a misleading impression that it actually is a legitimate sovereign, which administers the territory of Crimea, excluding the issue of occupation.

In the final part of the hearings, during the series of questions addressed by the judges to the parties, one of the questions was regarding the possibility of friendly settlement of the dispute through compromise. Despite the fact that there were no clear answers, both parties mentioned a certain normalisation of relations between the RF and Ukraine, indicated by the recent exchange of prisoners.

RUSSIA AIMS TO CONVINCE THE ECHR NOT TO CONSIDER THE UKRAINE V. RUSSIA CASE – SAYS LAWYER

Ukraine lodged an application against Russia before the European Court of Human Rights. Olha Butkevych explained the subject matter of the case “Ukraine v. Russia”, its importance for the fate of the Crimean peninsula and Russian arguments before the court.
Read more

According to the latest data of the European Court of Human Rights (ECHR), more than half of the complaints against Ukraine are related to the events in Crimea and Donbas. The list of applicants paradoxically includes both pro-Russian separatists and Ukrainian volunteers.
Read more
This website uses cookies. By continuing to browse the site, you agree to the use of cookies.