The main objective of the Government of Ukraine

The main objective of the Government of Ukraine is to prove the fact of effective control of the Russian Federation over a part of the territory of Ukraine and protect violated human rights in the temporarily occupied territories of Donetsk and Luhansk regions.

The case is currently being considered on its admissibility. On 15 November 2021 the European Court of Human Rights informed that the oral hearing scheduled for 24 November 2021 had been postponed to 26 January 2022.

On 26 January 2022 delegations of Ukraine and the Kingdom of the Netherlands are going to meet with delegation of the Russian Federation on hearing on admissibility of the case “Ukraine and the Netherlands v. Russia” (applications nos. 8019/16, 43800/14 and 28525/20) in the European Court of Human Rights (“ECHR”) in Strasbourg (the French Republic). The case is informally known as “Donbas case” and concerns systematic human rights violations on the temporarily occupied territory of Donetsk and Luhansk regions, including the downing of flight MH17.

The main purpose of the Ukraine is to bring Russia to responsibility for its mass human rights violations in eastern Ukraine and to stop these violations as far as possible. Also, decision of the ECHR in this case will have not only legal consequences for Russia.

“It can be used for diplomatic pressure on the aggressor state and for imposing additional sanctions of various levels. It will give Ukraine powerful weapon for further negotiations with our international partners and for proving Russia's responsibility for human rights violations on the temporarily occupied territory of Ukraine. And, as a result, the aggressor will have to pay compensation to those whose rights have been violated. We are talking about compensation within the framework of the interstate application and within the framework of numerous individual applications concerning events in eastern Ukraine”, said Deputy Minister of Justice on European Integration Valeria Kolomiets on the “European Pravda” website.

Admissibility stage of the case is very important because after that, the ECHR will be able to proceed to the merits of the applications concerning Russia's crimes against human rights in eastern Ukraine and application of the Kingdom of the Netherlands as to the downing of flight MH17 and killing of 298 people in July 2014.

The Government of Ukraine submitted thousands of pages and huge amount of video, audio and other evidence to the ECHR, which refute and shatter allegations of the Russian propaganda.

The Ukrainian delegation is ready to defend interests of its citizens on the legal front of the fight against Russia in Strasbourg. The truth is on our side. We defend, not attack, and do this with all available methods.

Ukraine submitted comments to the European Court of Human Rights on additional questions in the case Ukraine and the Netherlands v. Russia, applications nos. 8019/16, 43800/14 and 28525/20. The comment are related to the following issues: deployment of Russian troops and weapon in areas of Russia bordering Ukraine, in particular with Donetsk and Luhansk regions; participation of Russian nationals in the early protests and in armed groups and entities of the so-called “DPR” and “LPR”; Russian military engaged in activities took place in eastern Ukraine; origin of weapons and military equipment in eastern Ukraine; support by the Russian Federation for the so-called “DPR” and “LPR”; observations concerning “DPR” and “LPR” military. 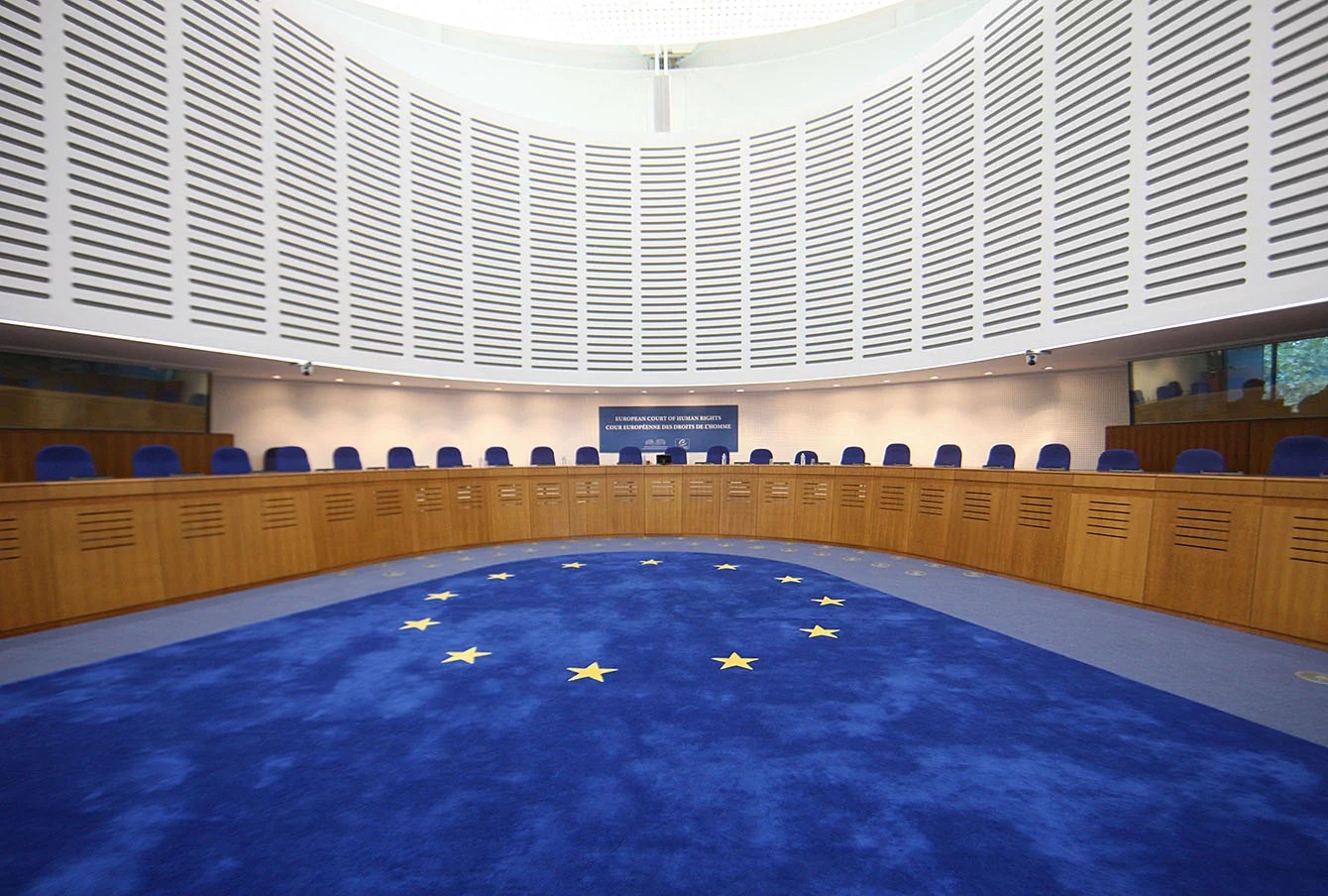 The Government of Ukraine submitted to the ECHR a written position for public hearing in the case “Ukraine v. Russia (re Eastern Ukraine)” No. 8019/16.

Ukraine's position is as follows:

The ECHR announced its intention to hold a public hearing in the case. In 2019, the Governments of Ukraine and the Russian Federation must submit written positions for public hearings. Thereafter, the ECHR will decide on the date of the hearings in the case.

The ECHR decided to transfer the inter-State cases of Ukraine versus Russia to the Grand Chamber.

Comments in the case Ukraine v. Russia, No. 8019/16, regarding human rights violations in the temporarily occupied territories of Donetsk and Luhansk regions were provided.

In support of Ukraine's position, a significant body of evidence was provided, including:

The ECHR fixed the time limit for the Government of Ukraine until 28 February 2017 to submit comments in response to the comments of the Russian Federation. Given the scale of the human rights violations, as well as the position of the Russian Federation, the Government of Ukraine requested the ECHR to provide additional time to prepare Ukraine's position, which was granted by the Court.

The ECHR sent to Ukraine a comments from the Government of the Russian Federation on the admissibility of case No. 20958/14. The position of the respondent Government limited to allegations of ‘legal entry’ of ‘the Republic of Crimea’ into the Russian Federation following the results of the ‘referendum’ held on 16 March 2014 in Crimea. With regard to human rights violations in the territories of Donetsk and Luhansk regions not controlled by Ukraine, the Russian Government denied any involvement of Russia in the events in Eastern Ukraine.

At the same time, the ECHR informed the Government of Ukraine about the decision to divide the inter-State case Ukraine v. Russia into separate cases (according to geographical criteria), namely:

The ECHR instructed Ukraine to comment only on Russia's comments on the events in Crimea (case No. 20958/14).

The ECHR sent the case Ukraine v. Russia to the Government of the RF indicating 25 March 2015 as the time limit to submit comments on its admissibility.

The Government of Ukraine filed the first inter-State application against the Russian Federation with the ECHR in connection with the negative developments in the Autonomous Republic of Crimea since the end of February 2014. On the same day, the ECHR accepted the application and the case Ukraine v. Russia was granted No. 20958/14, giving it priority status in accordance with Article 41 of the ECHR Rules.

Given the further negative developments, including the situation in Eastern Ukraine, this inter-State application was amended by new facts of violations by Russia of the provisions of the Convention during 2014, in particular:

IVAN LISHCHYNA: "I HAVE ONE POLITICAL AMBITION – TO END THE CASES REGARDING DONBASS AND CRIMEA"

The reappointment of Ivan Lishchyna to the post of Deputy Minister of Justice, Agent before the European Court of Human Rights after the change of power in legal circles was called a positive signal. He has been representing Ukraine in the ECHR since June 2016.
Read more

RUSSIA IN THE ECHR: CRIMEA WAS NOT ANNEXED, UKRAINE AND THE WEST FORGED THE EVIDENCES

Representatives of Russia assured the European Court of Human Rights that Ukraine was controlled by “fascists” in February-March 2014. Russian soldiers simply “protected” the Crimean people from them, until Crimea “joined" Russia on 18 March 2014. They claim allegations of gross human rights violations to be "baseless", and Ukraine's claim against Russia to be "political" and based on the "propaganda imperative" of accusing Russia of events in Crimea and Eastern Ukraine.
Read more

WAR WITH RUSSIA: REPORT FROM THE LEGAL FRONT

Ukraine is at war with Russia on several fronts, and the legal front is far from being secondary.
Read more

According to the latest data of the European Court of Human Rights (ECHR), more than half of the complaints against Ukraine are related to the events in Crimea and Donbas. The list of applicants paradoxically includes both pro-Russian separatists and Ukrainian volunteers.
Read more
All analytics

The Government of Ukraine submitted answers to more than 50 questions of the European Court of Human Rights before the oral hearings in the case "Ukraine and the Netherlands v. Russia"