The Office of the Prosecutor General intensifies its cooperation with the Ministry of Justice regarding inter-State cases filed with ECHR against Russia 08.04.2020

According to Gyunduz Mamedov, this is a new stage of cooperation between the authorities at a higher level to enhance work coordination aimed at bringing the Russian Federation to international legal liability for violations of human rights and regulations of international humanitarian law as a result of armed aggression. The intensification of joint work will focus on the formation of the body of evidence and the provision of information and legal support during the representation of Ukraine's interests in international judicial bodies, in particular the ECHR. 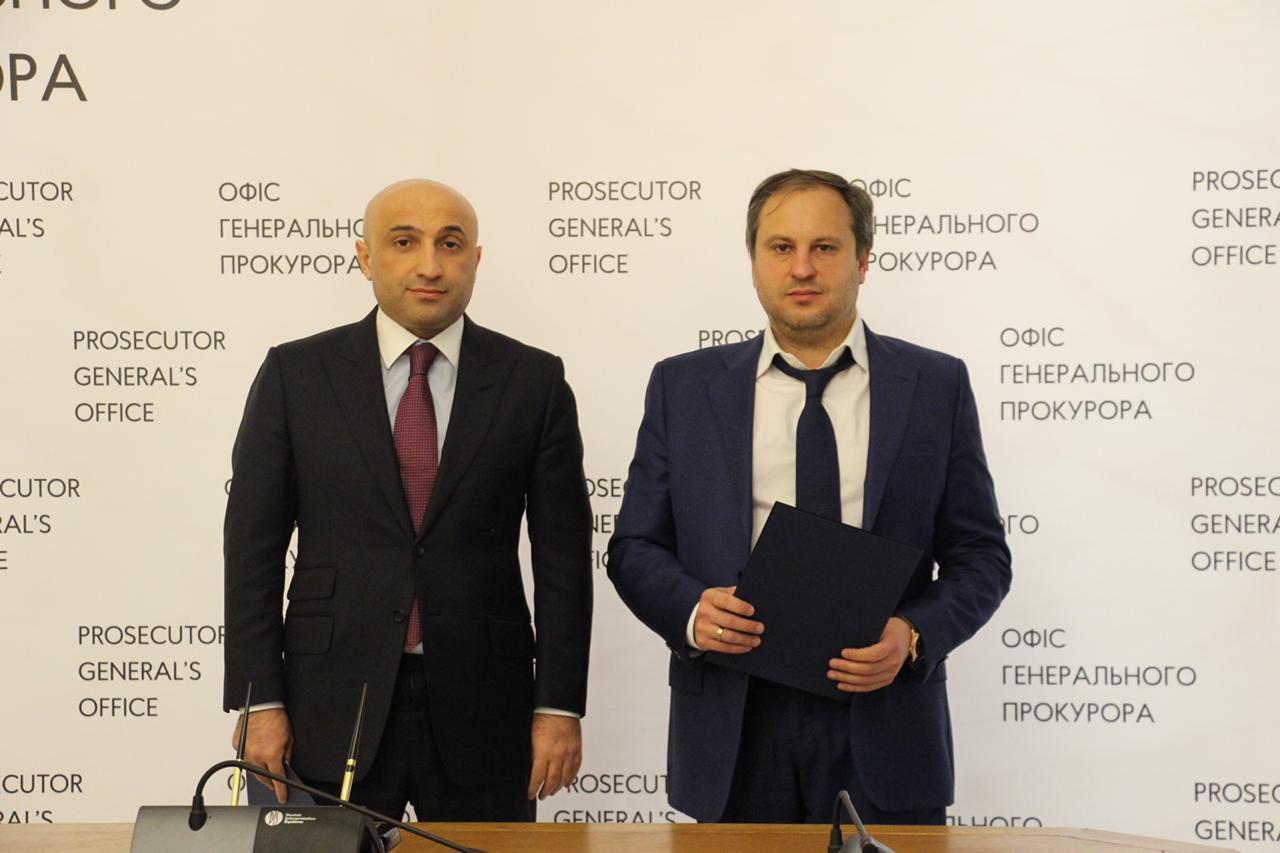 “The Office of the Prosecutor General is actively working to prosecute the representatives of the aggressor state for violating international humanitarian law in the temporarily occupied territories of Donbass and Crimea. The Department for Crimes Committed during Armed Conflict has been working in the Office for six months now. It coordinates the work of law enforcement agencies to investigate this category of crimes, effectively cooperates with the International Criminal Court and provides evidence of the Russian Federation’s effective control over the territory, illegal armed groups and occupational administrations. Only during this period of the Department’s operation, two large-scale information messages concerning crimes of the Russian Federation have been filed”, - Gyunduz Mamedov noted.

Ivan Lishchyna, in turn, noted the key role of the Office of the Prosecutor General in bringing the Russian Federation to justice at the European Court of Human Rights: “For several years, the prosecutor's bodies remain our reliable partners. We expect that the implemented initiatives will allow bringing this cooperation to a qualitatively new level”.

It is worth reminding that 5 inter-State cases of Ukraine v. Russia are pending before the European Court. During 6 years of armed aggression, the Prosecutor's Office transferred over 17 volumes of materials to the Agent before the European Court of Human Rights. These documents have formed the foundation of evidence and can be employed by Ukraine when supporting its cases against the Russian Federation in the European Court of Human Rights. Only this year, the Department sent information on the detection of Russian weapons in Luhansk region and the torture and killing of civilians in Donetsk region.