The Grand Chamber of the European Court of Human Rights (ECHR) commenced the first hearing in five years in the case “Ukraine v. Russia” regarding annexed Crimea and rights violations on the peninsula.

Social media users responded to this with the #one_shoe_challenge. They post photos where they wear only one shoe. The question arises: What does this have to do with shoes anyway?

It all started with the publication of Ivan Lishchyna, who will represent the position of Ukraine in the ECHR. On 9 September, he reported that he had broken his toe and because of this he would have to wear a slipper instead of one of his shoes during the hearing.

"Do you know what the benefit is if you break your toe on the eve of the meeting of the Grand Chamber in the Inter-State case regarding Crimea? It is that you need to take only one formal shoe, and it takes exactly twice less space in a suitcase than two," – Mr. Lishchyna wrote.

"So, come and witness […] the last tour, the mortal trick, under the dome of the cir… courtroom of the Grand Chamber of the European Court of Human Rights. The Agent of Ukraine in one slipper and the British QC (hopefully in two shoes) will defend the state's position on the admissibility of application “Ukraine v. Russia (re Crimea)" 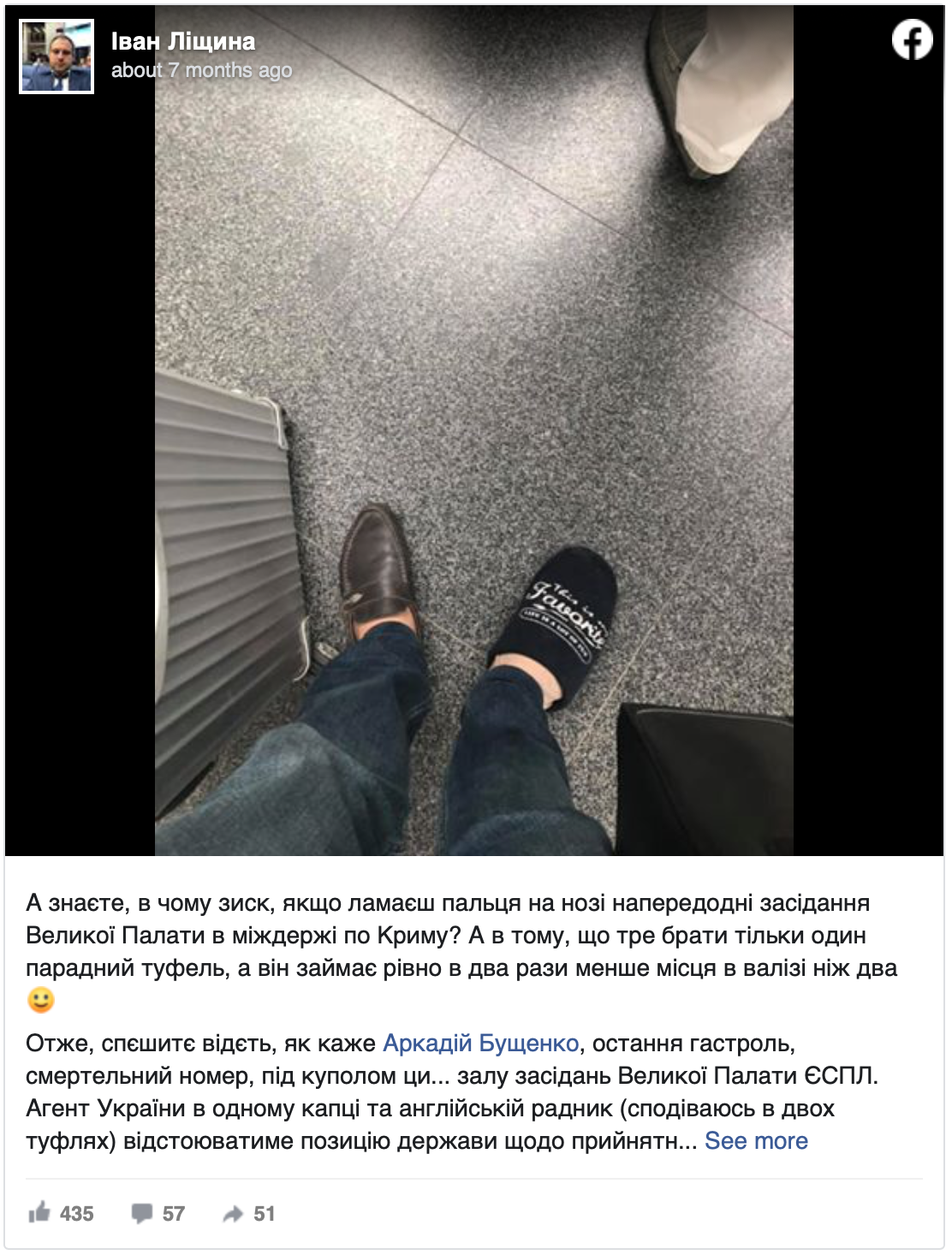 The very next day, Judge Arkadii Bushchenko launched the #one_shoe_challenge on his Facebook page and called on all concerned to support the Ukrainian team of lawyers in the European Court of Human Rights and, expressing solidarity with them, to post photos in one shoe. Of course, he did that too. 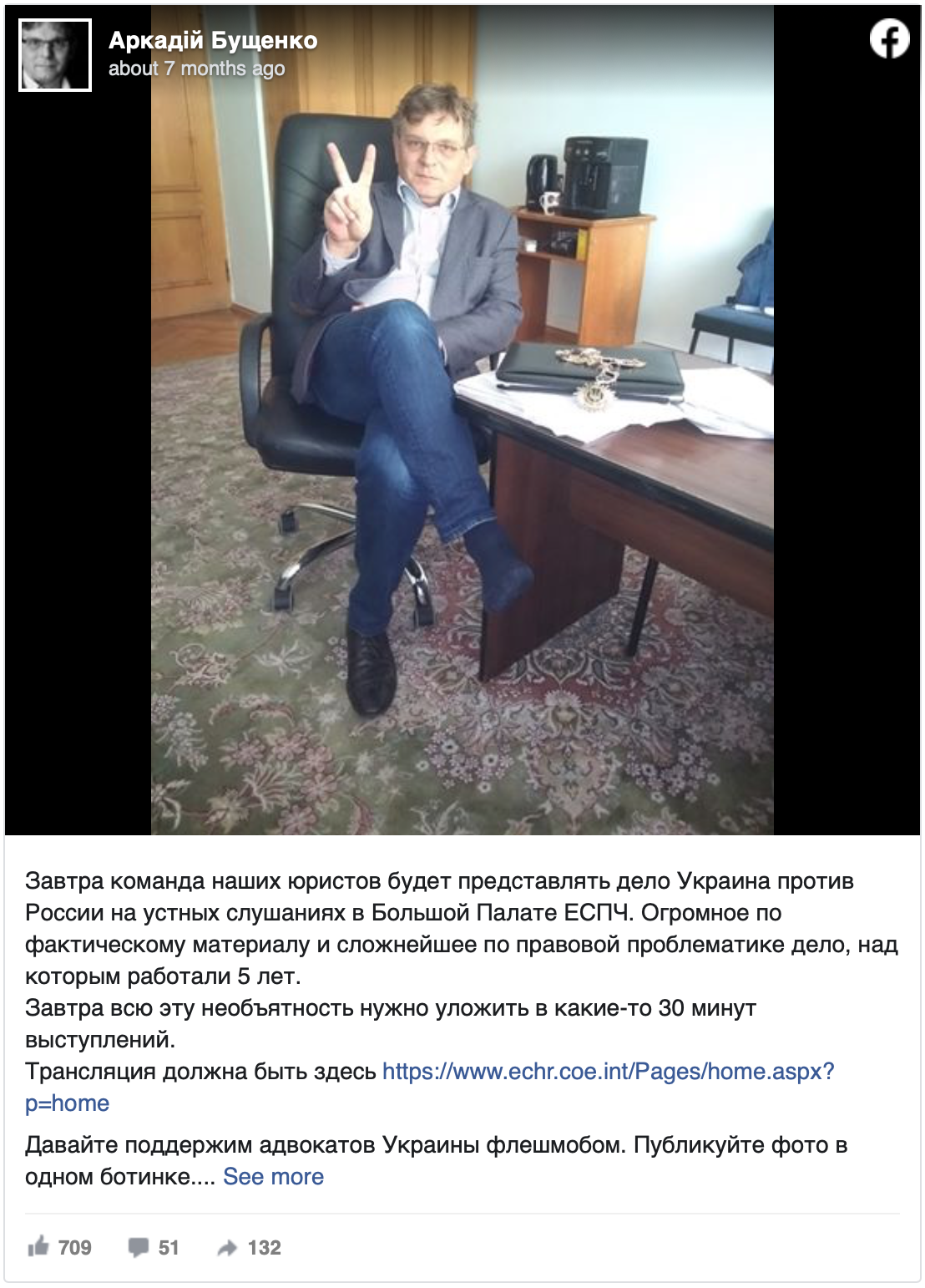 It did not take long for Internet users to react. 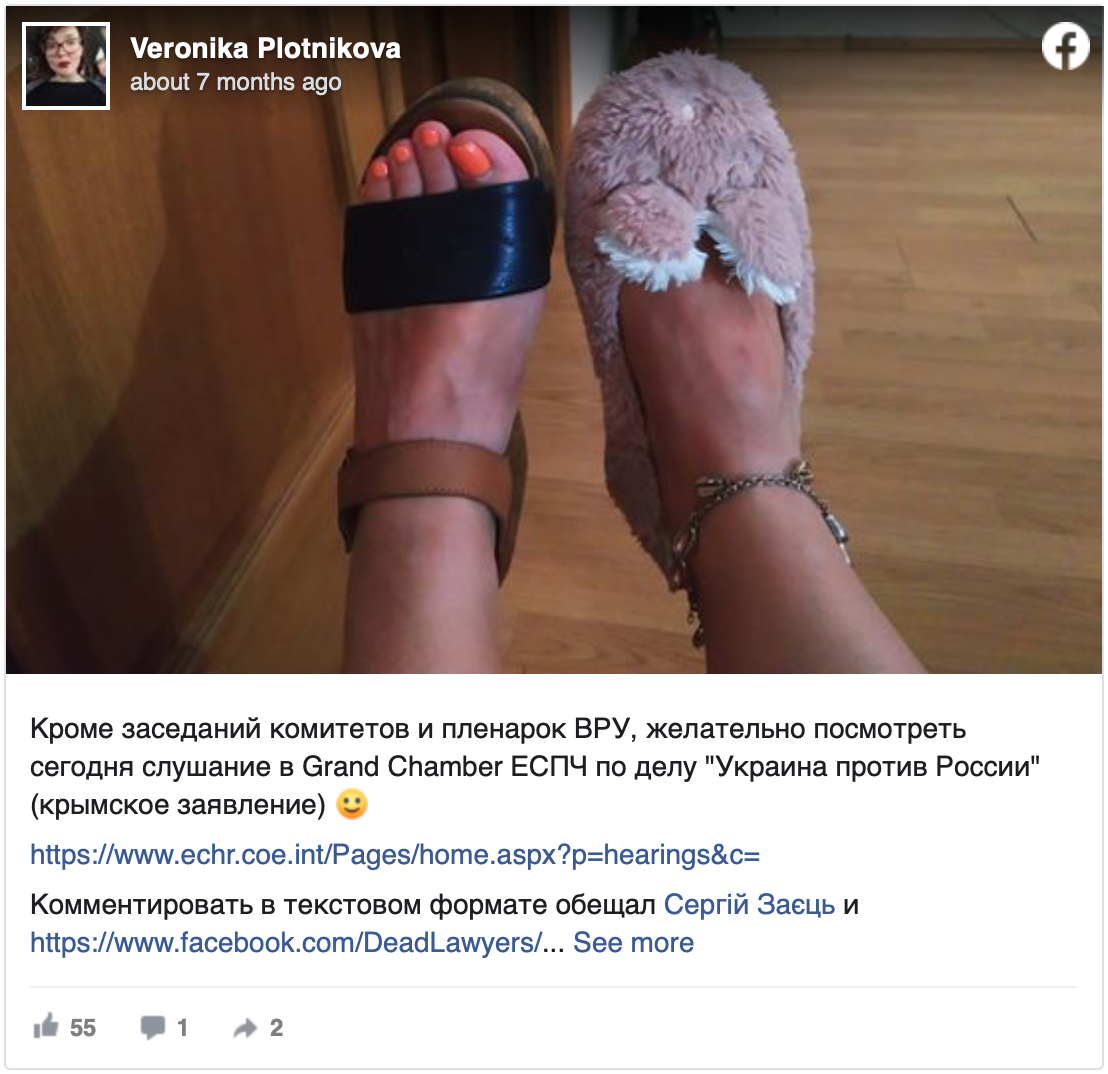 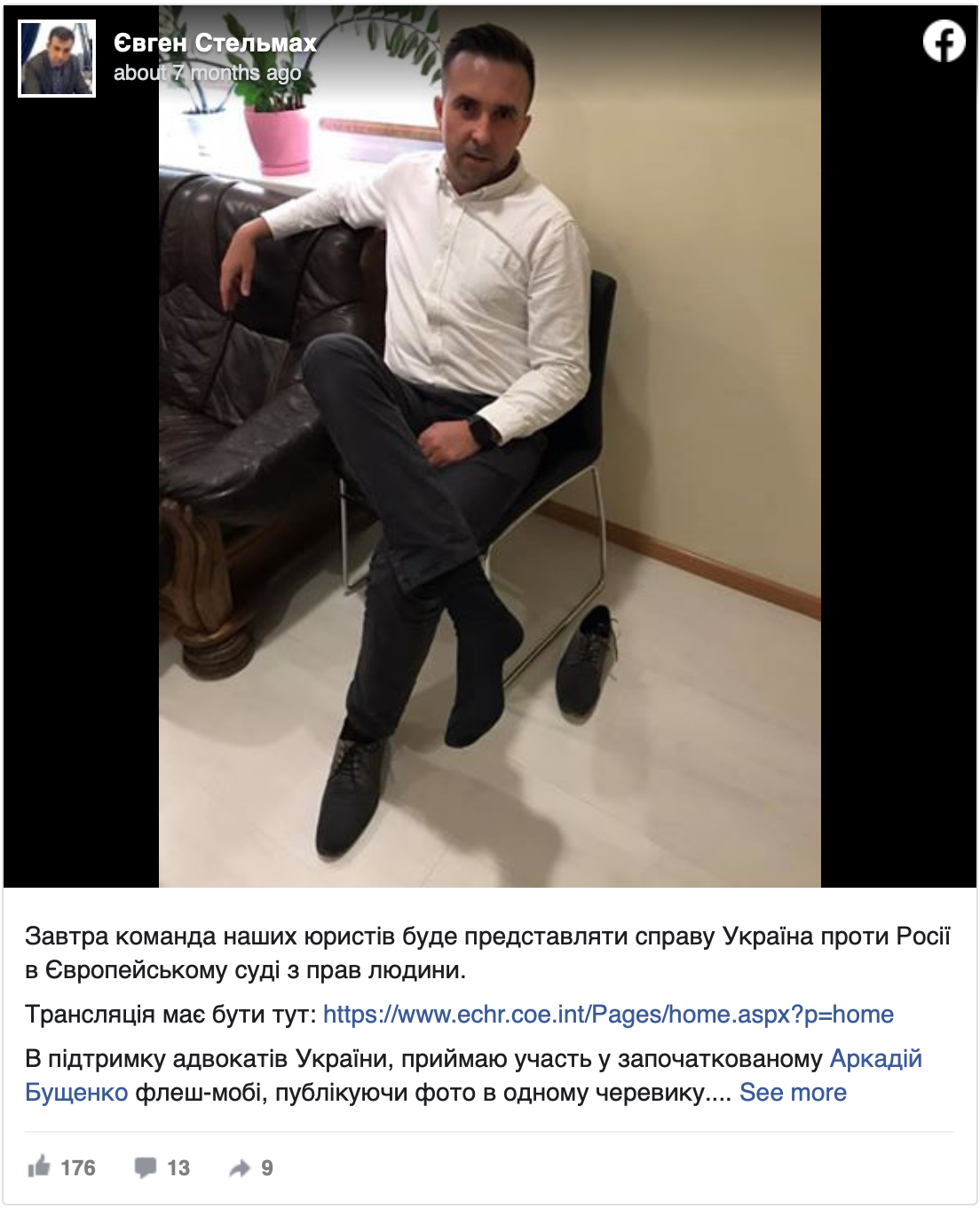 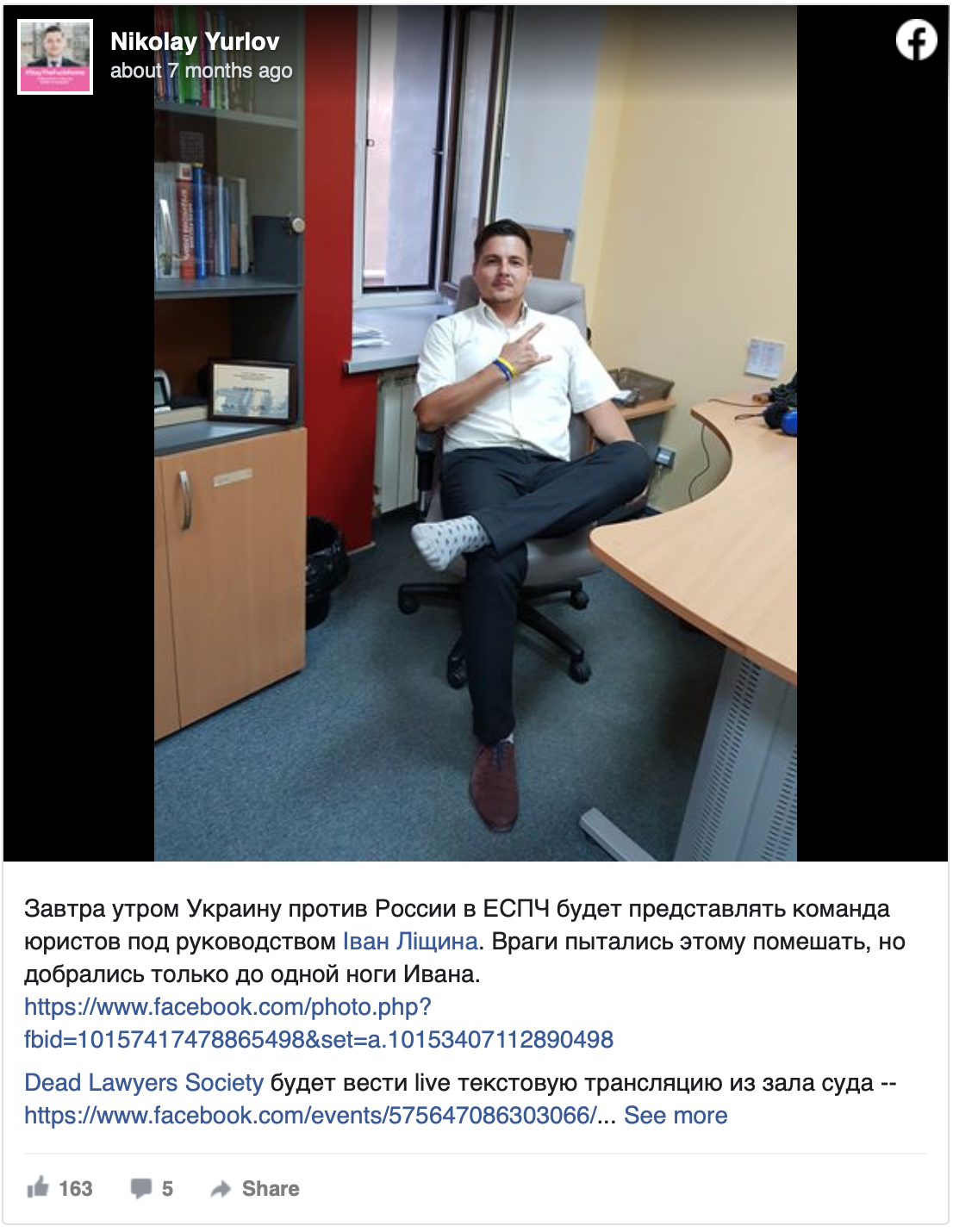 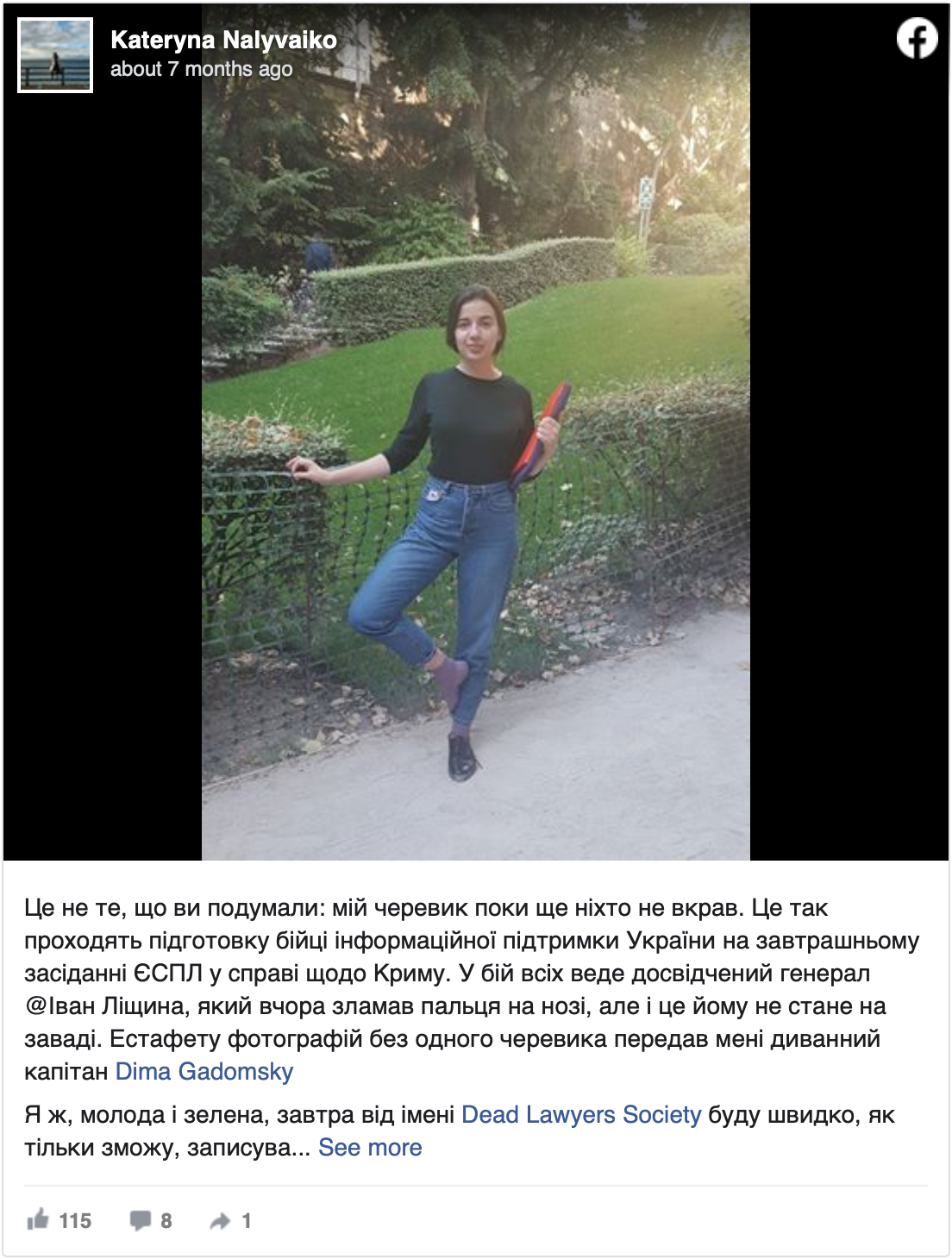 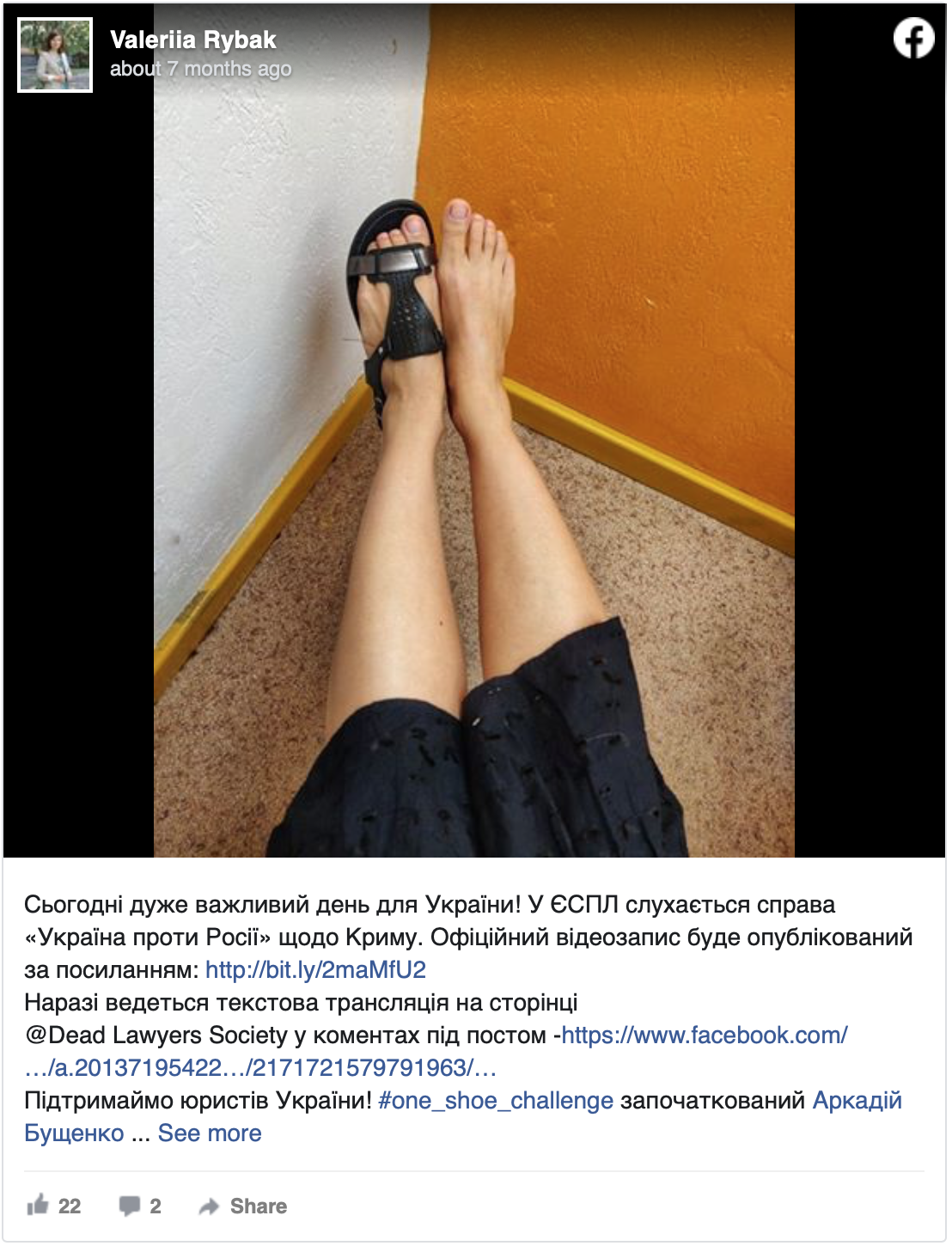 Among others, employees of the Ministry of Justice took part in the challenge… 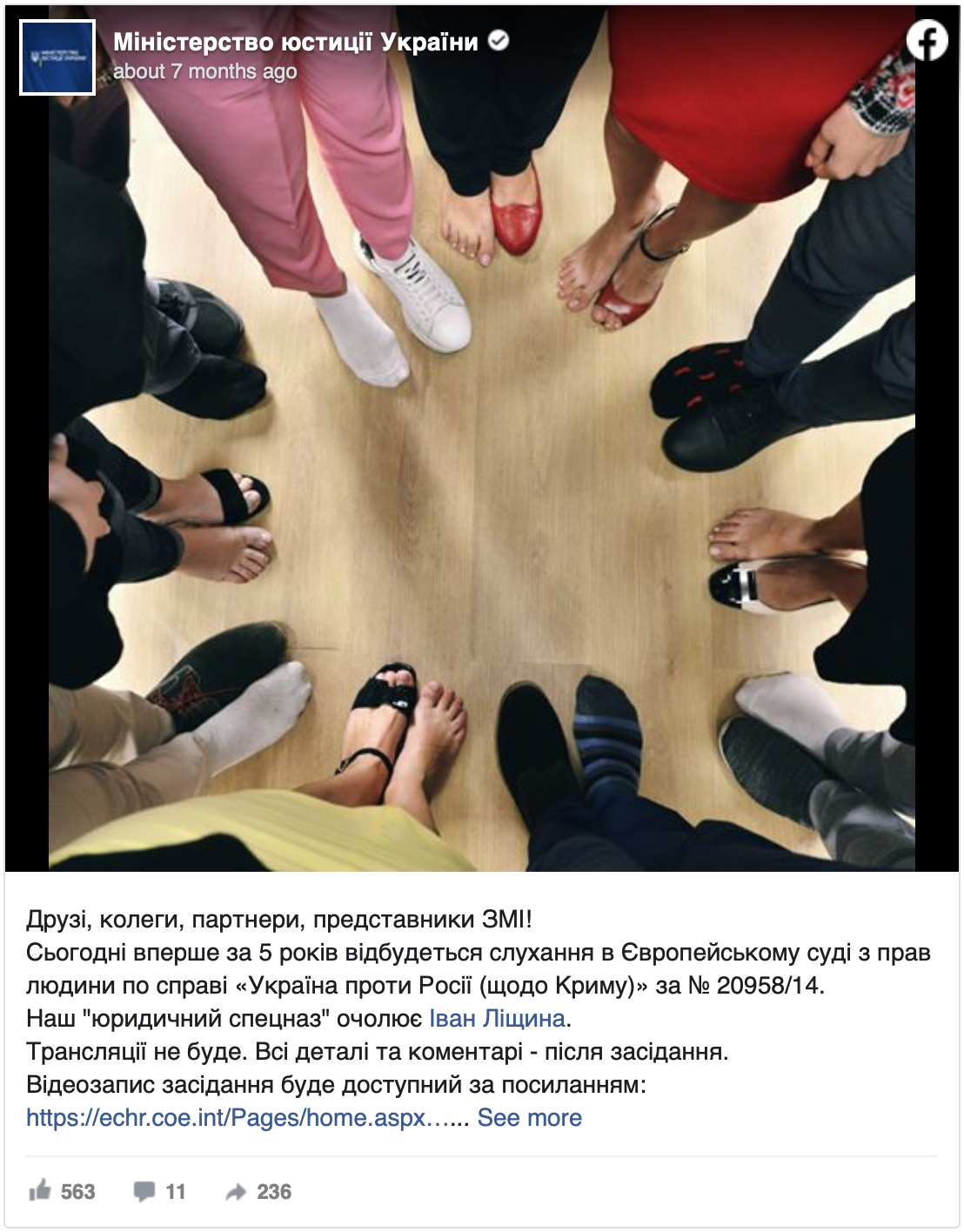 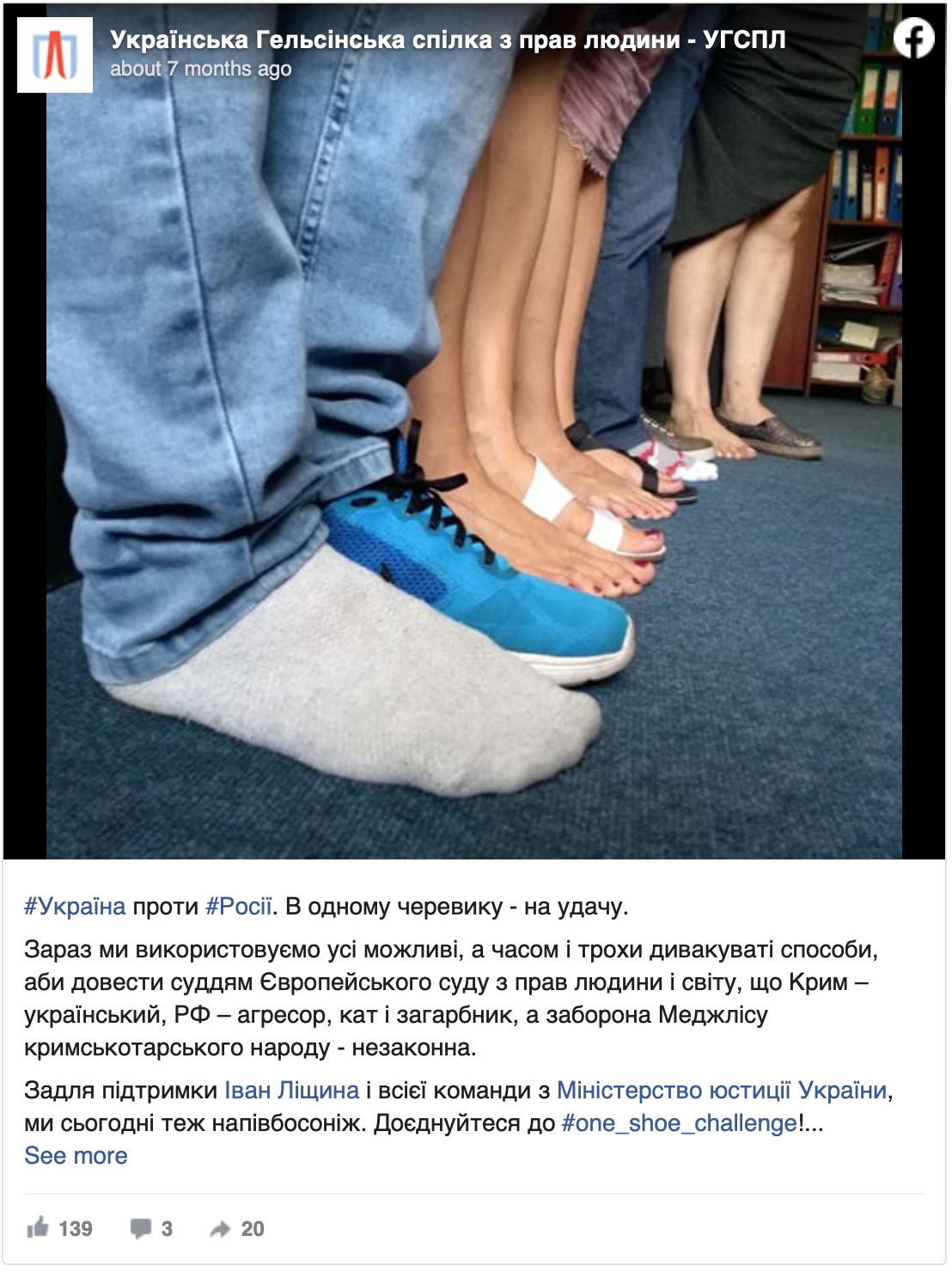 UKRAINE V. RUSSIA BEFORE THE ECHR

The hearing of the European Court of Human Rights is taking place in the framework of the case “Ukraine v. Russia” and concerns human rights violations in annexed Crimea. Ukraine filed the application with the ECHR in March 2014. It claimed that Russia effectively controls the territory of the peninsula, which is an integral part of Ukraine, and violates several articles of the European Convention on Human Rights.

Ukraine claims that there was a practice of persecution Ukrainian servicemen, harassing and intimidation non-ROC clergy, and discrimination Crimean Tatars in Crimea.

In addition, the application alleges obstruction of the work of journalists in Crimea and granting of Russian citizenship to Ukrainian citizens “with the tacit consent” – the denial to change citizenship deprived people of many rights.

The 11 September hearing will not concern the merits of the case: it will address a statement of Russia, which is trying to deny the admissibility of the application of Ukrainian party.

The Russians insist that Ukraine's application is politically motivated and unfounded.