UKRAINE HAS FILED THE APPLICATION WITH THE ECHR REGARDING SEIZURE OF SERVICEMEN BY RUSSIA 07.01.2019

Ukraine has filed the application against Russia with the European Court of Human Rights regarding seizure of Ukrainian servicemen near the Kerch Strait.

This was announced on Facebook by Ivan Lishchyna, Deputy Minister of Justice, Agent before the European Court of Human Rights on Monday. 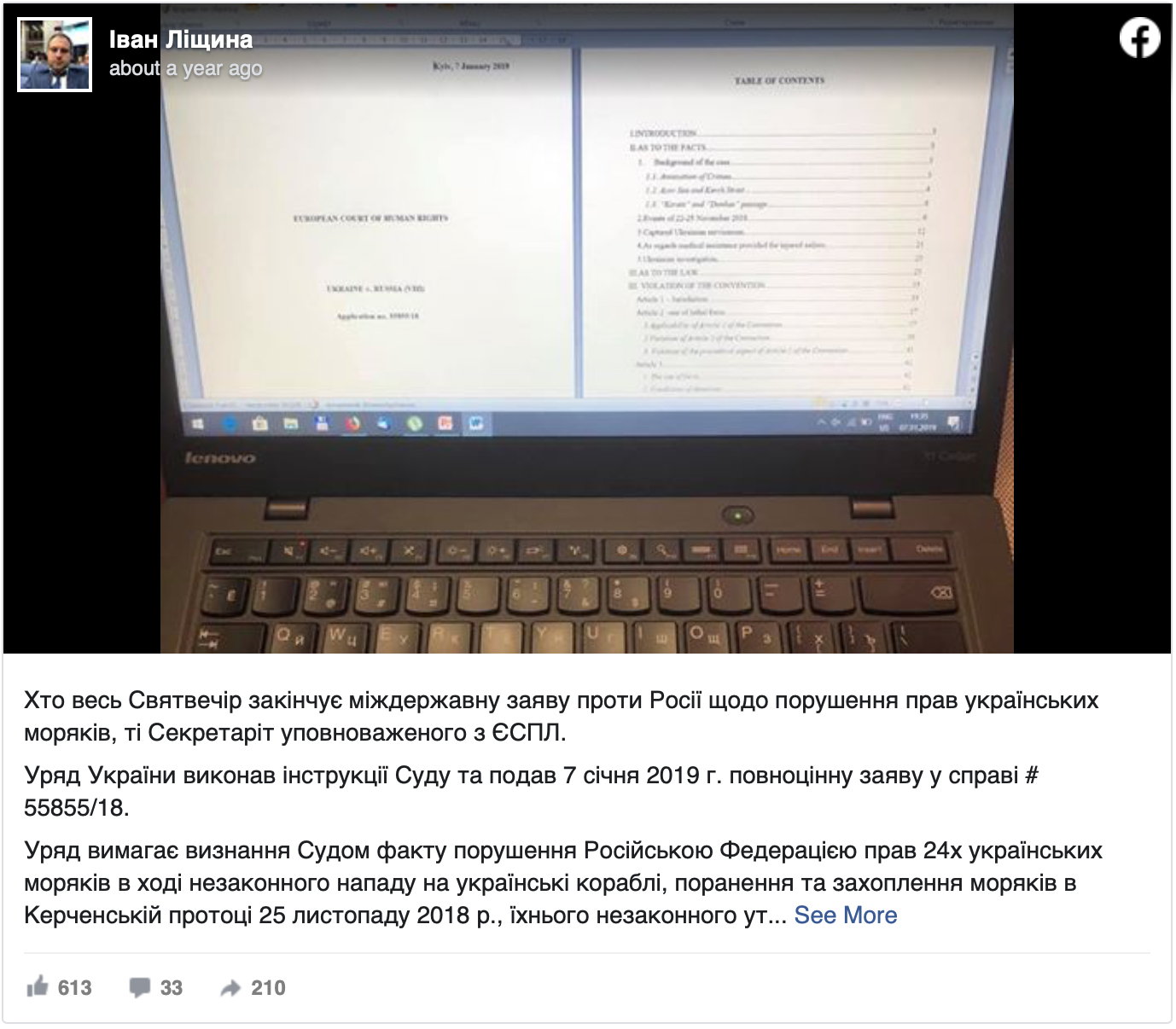 "The Government of Ukraine complied with the Court's instructions and filed a full application in case no.55855/18 on 7 January 2019", he wrote.

Lishchyna explained that the Government requested the Court to recognize the fact that the Russian Federation violated the rights of the 24 Ukrainian servicemen by the illegal attack on Ukrainian vessels, wounding and capturing sailors in the Kerch Strait on 25 November 2018, their illegal detention in Russian penitentiaries and criminal prosecution.

"The Government of Ukraine alleges violation of Articles 2, 3, 5, 6 and 38 of the Convention", - the Deputy Minister added.