UKRAINE V. RUSSIA IN THE INTERNATIONAL COURT OF JUSTICE: ISSUE OF JURISDICTION. WHY IT IS SO IMPORTANT 03.06.2019

More than two years ago, Ukraine applied to the UN International Court of Justice in The Hague (Netherlands) alleging that Russia had violated Conventions for the Suppression of the Financing of Terrorism and on the Elimination of All Forms of Racial Discrimination. A court hearing on jurisdiction over the case will be held this week.

Simply put, the Court at Russia's initiative will analyze whether Ukraine has followed the necessary procedures filing an application and whether the Court has the right to consider it. This week, representatives of both parties have the opportunity to publicly present their positions to the Court: on 3 and 6 June – Russia, on 4 and 7 June – Ukraine.

If the UN International Court of Justice agrees with Russia's arguments, it will refuse to continue the proceeding. If Ukraine's counterarguments are more convincing, the Court will be able to proceed to the merits. Taras Kachka, an adviser to Ukraine's Minister of Foreign Affairs, involved in the case, told BBC News Ukraine that the parties had submitted their written arguments several months ago, therefore, after this week’s public hearing, the court would have "all the necessary information to rule" on jurisdiction. According to him, it may take the Court several months to order.

Mr. Kachka emphasized that, in his opinion, the Ukrainian party "has quite strong arguments, but Russia also has a quite strong legal team". Ukraine struggles to clearly present its arguments as to why this case should be considered by the Court.

"We should not underestimate the skill of argumentation on the part of Russia. The case will be difficult", – the adviser to the Minister of Foreign Affairs said. Ukraine has filed its application with the International Court of Justice on 16 January 2017 requesting to hold Russia liable for its support of terrorism and discrimination during its aggression against Ukraine.

Ukraine filed an application with the International Court of Justice in the winter of 2017. Photo by Getty Images 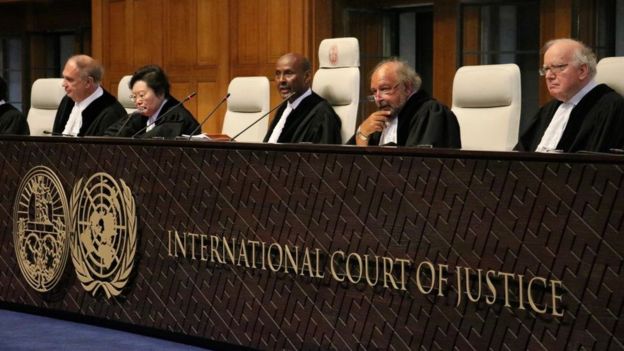 Ukraine alleges that Russia violates the Convention on the Suppression of Financing of Terrorism by providing "weapons and other types of assistance to illegal armed formations, which committed a number of acts of terrorism on the territory of Ukraine". The Ministry of Foreign Affairs explained that the supplies of weapons to members of so-called “L/DPR” led to:

In the same application, Ukraine alleges that Russia is violating another UN Convention on the Elimination of All Forms of Racial Discrimination. The Kremlin is accused of "campaigning for discrimination against non-Russian communities residing in the occupied territory of the Crimean peninsula, including ethnic Ukrainians and Crimean Tatars". Ukraine considers the following to be manifestations of this campaign:

Along with the application, Ukraine asked the Court to issue interim decision ordering Russia to ensure effective control of its borders, to stop supplies of weapons to Ukraine and supporting illegal armed groups, and to refrain from further ethnic discrimination in Crimea.

In the filed case, Ukraine claims that Russia's support for representatives of "L/DPR" in the Donbas led to the MH17 crash. 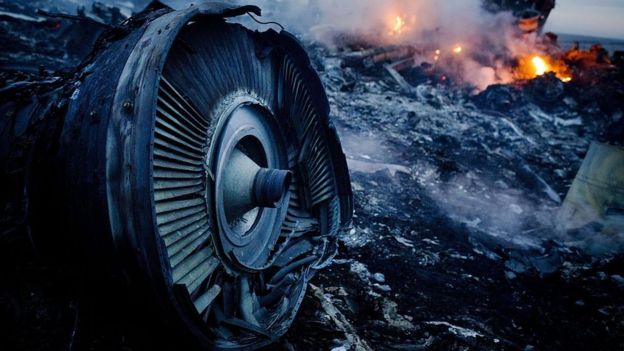 In international practice, litigation may take years. In case of presence of a threat to human life and health, or violation of their rights, the Courts may make provisional orders to avoid such threats.

Such orders must be implemented immediately after their delivery. In the case of the Ukraine’s application, the Order on provisional measures was made by the International Court of Justice on 19 April 2017.

Russia has not complied with this order.

Taras Kachka, adviser to the Minister of Foreign Affairs said that Russia does not actually respond to the Court requests for compliance with the order. "They are just talking about how well Crimean Tatars live in Crimea, and in general", – he said. On 12 June 2018, Ukraine added a demand for Russia to pay financial compensation for "the harm Ukraine has suffered as a result of Russia’s violations, including the harm suffered by Ukrainian citizens" in the Memorial to the International Court of Justice. Mr. Kachka noted that the procedure for determining the amount of compensation would be discussed during the trial on the merits, if the International Court of Justice recognized its jurisdiction.

Russia's position and issues of jurisdiction

The Kremlin denies human rights violations in Crimea and any involvement in the war in Donbass, whether in support of militants by funding and weapons supplies, or in the involvement of its troops. In Court, the Russian representative stated that the shellings of civilians in Donbass took place from both sides of the demarcation line and was not an act of terrorism.

In 2008, after the Russian aggression, Georgia filed the application with the International Court of Justice. However, the Court did not consider the case because it agreed with Russia's position on its lack of jurisdiction. Photo by Vano Shlamov 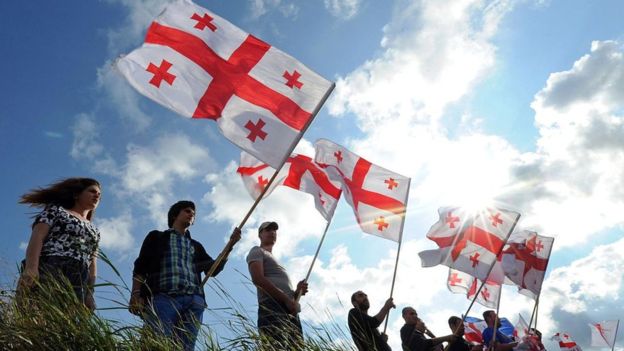 In March 2017, Dmitry Peskov, Press Secretary for the President of Russia, said that the Russian Federation would recognize the future court judgment. "The Russian party is a participant to this proceeding. That is, if Russia did not recognize the court's judgment, it would not be a participant to this proceeding", – the news agencies quoted Mr. Peskov.

However, after the Court Order on provisional measures requiring Russia's observance of human rights in Crimea, the Kremlin decided to appeal against the Court's authority to consider this application.

In September 2018, the Russian party claimed that the Court lacked jurisdiction to consider the dispute on the application of Ukraine. This tactic echoes Russia's actions during the trial with Georgia. In 2008, following Russia's aggression in South Ossetia, Georgia filed an application with the International Court of Justice alleging Russia's violation of the Convention on the Elimination of All Forms of Racial Discrimination.

That is, it did the same as Ukraine. However, the proceeding was not finished, as Russia claimed that the Court lacked jurisdiction, and the International Court of Justice agreed with its arguments. Russia then accused Georgia of failing to consult on the possibility of a peaceful settlement of the dispute, as required by the Court procedure.

Vsevolod Chentsov, a member of Ukrainian delegation, Ambassador of Ukraine to the Netherlands, told in an interview to Ukrinform that Ukraine drew a conclusion from the experience of Georgia. "There was one conclusion: it was necessary to go through a difficult, exhausting, unpleasant process of consultations with representatives of the Russian Federation, which actually lasted for about two years", – the Ambassador said.

It may take several months for a Court to rule on Ukraine's case against Russia. Photo by Getty Images 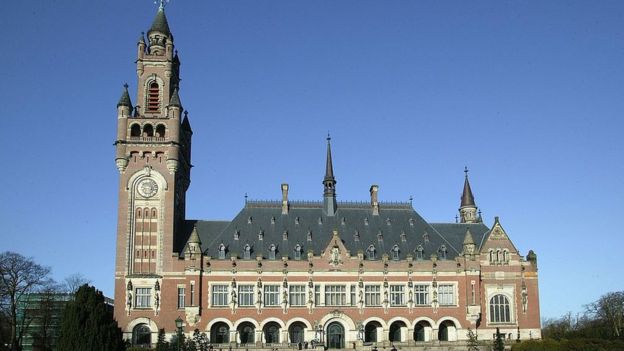 As Taras Kachka told BBC News Ukraine, among the arguments of Russia on lack of jurisdiction there are many procedural elements, including those allegedly violated by Ukraine in the conduct of the negotiation process.

"This classic argument exists and is used", — the expert said.

On 14 January 2019, Ukraine filed its official position with the International Court of Justice in response to Russia's statement on the Court's jurisdiction. Ukrainian party states that the Court has jurisdiction to consider all of Ukraine's claims. Kyiv states that it has complied with all the necessary requirements for pre-trial settlement of the dispute (this refers to the above consultations), which gives the International Court of Justice the right to consider the dispute with Russia.

Mr. Kachka noted that the arguments of both sides would be published on Monday.

The Court and Ukraine

The International Court of Justice is a part of the UN judicial system and the main judicial body of the organization, which was founded after the Second World War. The institution consists of 15 judges elected on the basis of professional qualities and not on the basis of representation of countries. However, it is forbidden for two or more citizens of the same country to be judges at the same time.

It was the International Court of Justice that considered the dispute between Ukraine and Romania over Snake Island. Photo by Getty Images 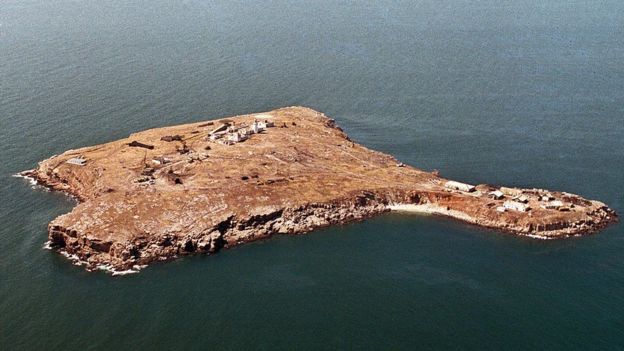 Currently, there are no Ukrainian citizens in the Court, but there is a Russian citizen – Kirill Gevorgian. Therefore, Ukraine was given the right to delegate its judge. Ukraine appointed Fausto Pocar, Italian jurist.

Only states may be parties to disputes before the Court. The Court considers territorial and legal disputes between states and delivers judgments binding on all UN Members. If the court's decision is not complied with by one of the parties, the other party to the proceeding may apply to the UN Security Council, if necessary, to approve measures to enforce the judgments. At the same time, Russia has the right to veto any decision of the Security Council.

It was this Court that considered the territorial dispute between Ukraine and Romania over the Black Sea shelf near Snake Island land. Back then, in 2009, the Court actually awarded a compromise judgment, recognizing Snake Island, as requested by Ukraine, and the 12-mile zone around it to be Ukrainian. However, the Court found that due to its small size, the Island should not affect the distribution of the rest of the sea shelf. The International Court of Justice has approved a shelf dividing line about halfway between the two countries' demands.

The original article is available at the link
Olena Zerkal, Deputy Minister of Foreign Affairs leads the Ukrainian delegation at the hearing. She also led the delegation at the session of the UN Tribunal for the Law of the Sea, which ordered Russia to release Ukrainian servicemen. Photo by Getty Images

Case Ukraine v. Russia in the International Court of Justice

INTERNATIONAL COURT OF JUSTICE RULES IN FAVOUR OF UKRAINE, RECOGNIZING THAT IT HAS JURISDICTION OVER THE CASE UKRAINE V. THE RUSSIAN FEDERATION